The plants that we might think of as wildflowers or weeds on a walk through the Baldwin Hills are usually part of the grassland habitat. Though often beautiful to see in the springtime, many of these plant species are actually often invasive, characterized by exotic annual grass species that have overtaken any historically existing native grasses. As exotic species have replaced the native grassland, bird species associated with grassland habitats in the Baldwin Hills, such as the Burrowing Owl, have become very rare and are most likely transients. Plants associated with this habitat type include:

For more information about grassland habitat in the Baldwin Hills visit our grassland vegetation page. 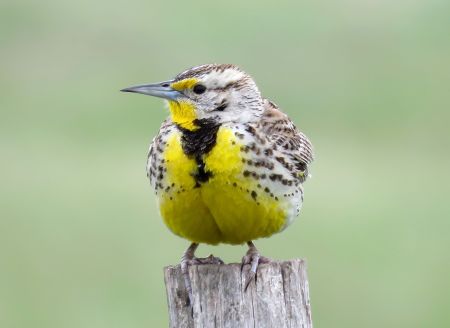 This migratory winter visitor is easy to identify if you catch a glimpse of its bright yellow breast and distinctive V-shaped mark like a necklace on its chest. Visiting the Baldwin Hills between September and March, the Western Meadowlark forages in the grass for insects and seeds. Historically this species nested in the Baldwin Hills, however currently it appears to be a visitor, nesting instead in the nearby Ballona Wetlands. Citizen reports of this bird have been recorded throughout Kenneth Hahn, the Scenic Overlook, and Culver City Park. You might also hear its high pitched flute-like song as you stroll through the grassland habitats. 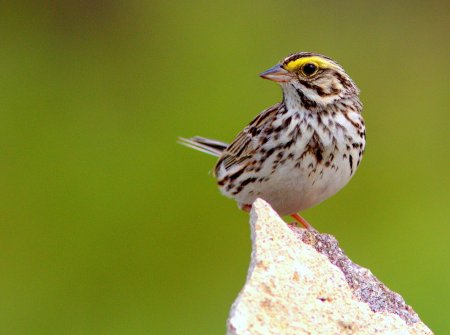 This small sparrow, with its speckled brown and white coloring, can be easily identified by the patch of bright yellow near its eyes. The Savannah Sparrow is a common visitor during the winter months to the Baldwin Hills and can often be seen in grassy areas pecking at seeds and small insects. A darker colored and endangered subspecies, Belding’s Savannah Sparrow, can be found in the neighboring Ballona Wetlands, but has never been spotted as far inland as the Baldwin Hills. Listen for the insect-like shrill chirp of these birds as you explore the Baldwin Hills. 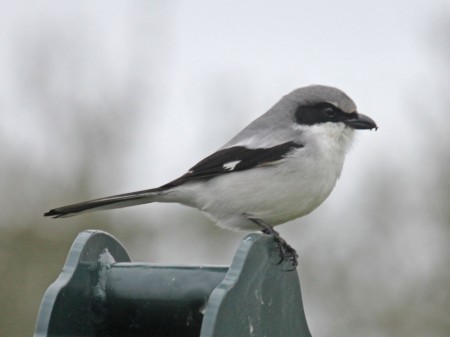 The Loggerhead Shrike has become a more rare sighting in the grasslands of the Baldwin Hills as its population has been in decline. Throughout the 1900s, this bird had been recorded as breeding in the area, but today the breeding population in the Baldwin Hills is much lower due to habitat and prey loss. This songbird is often spotted perched on fences or poles near open grasslands, surveying the ground for large insects, lizards, and even small mammals and birds. This bandit-looking bird, with its black face mask coloring, is an aggressive and intelligent hunter, impaling its prey for later eating. Though sightings have become rare, citizen observations on eBird have noted the bird in Kenneth Hahn State Recreation Area and near West LA College.

These species are often observed in grassland environments but are also adapted to urban and landscaped areas and may be spotted across multiple habitat types. 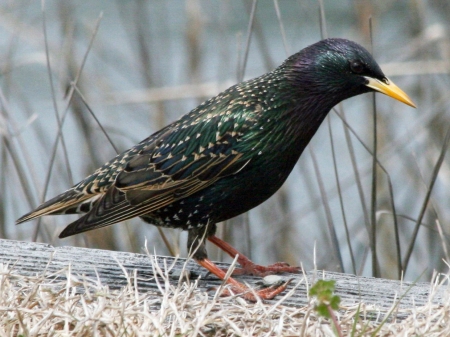 The European Starling was introduced to the United States in 1890 when Shakespeare fans released these birds in New York, hoping to create populations of all the birds ever mentioned in Shakespeare’s work. Since then, the European Starling as spread across the country and has become an extremely common species. In the Baldwin Hills, this bird has been confirmed as breeding in the area and is often found in large flocks, flying along the grass searching for food. Even if you don’t see them, it’s difficult to miss hearing the European Starling as the birds mimic calls and whistle loudly to one another. 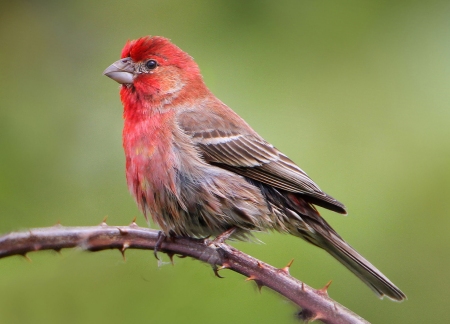 Image by Nigel via Wikimedia Commons

The House Finch is an adaptable and common bird, found both in exotic grassland habitats and more urbanized areas. The male birds are easily identifiable by their red breast which is the result of the pigment in its food. Past surveys of the Baldwin Hills have noted that these birds can often be found in large flocks, such as the mass of 300 observed in Kenneth Hahn in 1999, and are confirmed breeders in the area. Listen for this small bird’s cheerful song throughout the area.