Though the Baldwin Hills are made up largely of grassland and coastal scrub vegetation, some small patches of riparian woodland habitat exist. Originally, there may have been naturally occurring riparian vegetation coinciding with the existence of historical wetlands on the north side of the Baldwin Hills. However, as the wetlands disappeared, many historical bird species likely disappeared as well, diminishing the bird and plant diversity in the area. Today, much of the riparian woodland vegetation that exists is the result of urban runoff and exotic tree plantings.

Native plant species associated with this habitat in the Baldwin Hills include the Arroyo Willow and Mulefat. Other trees like the Coast Live Oak and Western Sycamore that are native to California, but are not naturally found in the Baldwin Hills, have been planted in the area and can also be considered part of the riparian woodland habitat environment used by certain bird species. 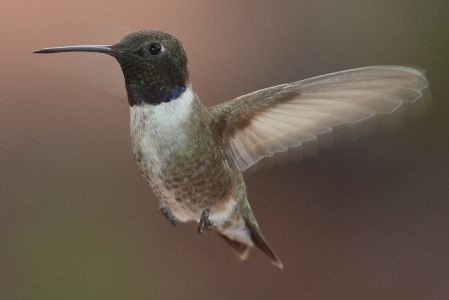 The Black-chinned Hummingbird may not be the flashiest of hummingbirds, but you might be able to identify it by the patch of purple on its throat that gleams when the light hits it. This hummingbird can often be spotted amongst the Western Sycamore trees planted in Kenneth Hahn State Recreation Area and Culver City Park. The Black-chinned Hummingbird is a known breeder in the Baldwin Hills, using fuzz from the leaves of Western Sycamore trees to build its nest. Though its preferred habitat is riparian and oak woodland, this species can also be found in urban areas where sycamore or cottonwood trees have been planted. 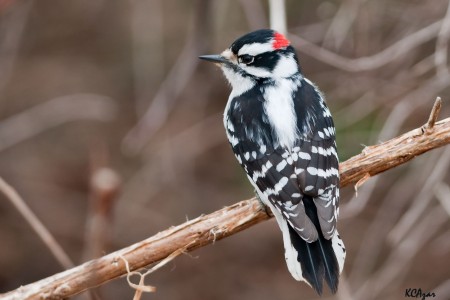 The Downy Woodpecker is not a very common sighting in the Baldwin Hills, but when it is there, it’s easy to spot with its black and white speckled wings and red patch on male heads. These small woodpeckers can be found hanging upside down or sideways on tree branches foraging for food in the bark. Citizen observations on eBird have recorded this bird in Kenneth Hahn State Recreation Area and Culver City Park, as well as large numbers in the nearby housing community, Village Green. You might hear these birds loudly drumming into wood anywhere there’s ample woodland habitat. 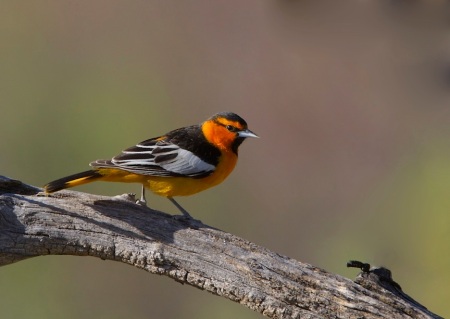 This bright, golden colored bird is known to breed in the Baldwin Hills wherever there are large trees likes sycamores and cottonwoods. They usually construct their distinctive nests in the spring, which look like hanging sacs from the branches of trees. In addition to native California trees, Bullock’s Orioles are known to adapt to exotic species and are common around eucalyptus trees and other landscaping trees in park environments. They have been observed throughout the various parks in the Baldwin Hills and sometimes in backyards, raiding hummingbird feeders for its sugar water. 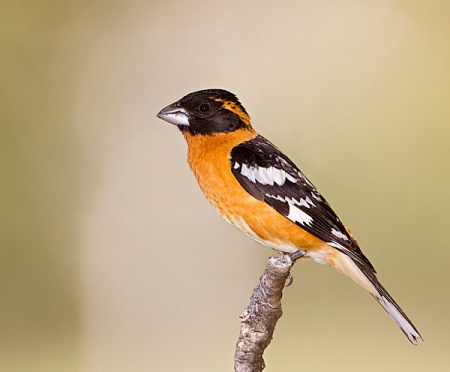 The Black-headed Grosbeak, as its name suggests, displays a black head and deep orange colored body. They prefer woodland habitats that border other plant communities and habitat types and can often be found amongst tall trees like eucalyptus and sycamore trees. Small numbers have been confirmed as breeding in the area. Interestingly, both male and female Black-headed Grosbeak share the responsibilities of raising their young–both sit on the eggs, feed the babies, and defend their nest. Look for this bird throughout the Baldwin Hills, feeding on seeds, berries, and insects, even the well-known poisonous Monarch butterfly!

Image by Shravans 14 via Wikimedia Commons

Allen’s Hummingbird is a small hummingbird known to occupy chaparral and riparian woodland habitats, though it has adapted well to increases in exotic, urban landscapes. This hardly 3 ½ inch bird is easily confused with the extremely similar looking Rufous Hummingbird, making this species often difficult to identify for the untrained eye. Surveys have confirmed its breeding in the Baldwin Hills and have noted a significant increase in numbers over recent years, as its breeding population has spread from the Palos Verdes Peninsula and Channel Islands into Orange County and LA County. While Allen’s Hummingbird can be found in native oak woodland habitat, it’s also commonly seen amongst exotic eucalyptus trees and wooded park landscaping such as in Culver City Park and Kenneth Hahn State Recreation Area. 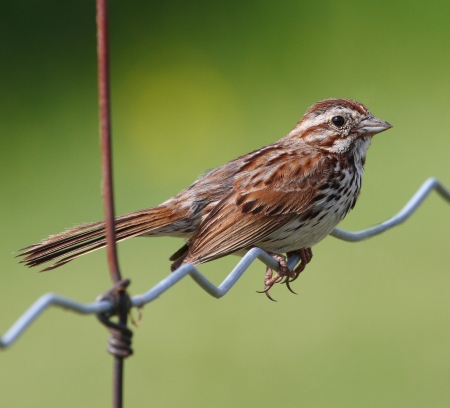 The Song Sparrow is a very common bird throughout North America, often spotted around open woodland or landscaped habitat. This plump, brown and grey speckled sparrow fits its name, singing loudly and often. Breeding has been confirmed in the Baldwin Hills and nearby Ballona Wetlands, however it is largely absent in the more urbanized areas surrounding these habitat islands. Look for this vocal bird throughout the parks, particularly in riparian brushy areas, as it hops around on the ground foraging for seeds and insects. You might also spot it at your own home, enjoying the backyard bird feeder! 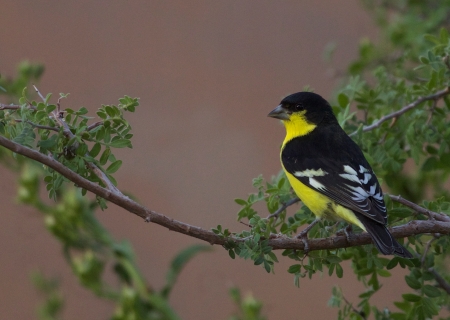 Though common in a range of habitats, the Lesser Goldfinch is often seen in oak, cottonwood, and willow vegetation throughout the natural and landscaped park areas. This small yellow bird tends to prefer the company of large flocks consisting of other Lesser Goldfinch and other species of finches and sparrows as it scours the ground and plants for seeds. Though they are common breeders throughout the Baldwin Hills, you might also observe them in the surrounding suburbs where residential landscaping has allowed these birds to thrive.