Native to Europe, this snail is known for being eaten as escargot. It was introduced to California as a food source, escaped, and became a common garden pest in rural and urban areas.

Native to Spain, the Milk Snail is found in large colonies and is often considered a garden pest. 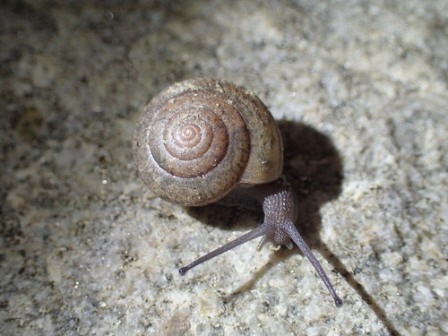 Image by Cedric Lee via iNaturalist

This native snail used to be common throughout Los Angeles, but is now relatively rare due to loss of habitat. There have been some sightings in the Baldwin Hills, so look for it under rocks and logs. The name shoulderband comes from the dark band along the outer ring of the shell.

Check out our snails guide on iNaturalist!